HMO Customer Racing has put in a commanding performance at Winton Motor Raceway after both cars finished no lower than P4 over the three-race weekend.

Will Brown was the standout of the round, claiming 2 race wins, 1 podium place as well as a maiden series pole position, extending his championship lead further with only two rounds remaining. 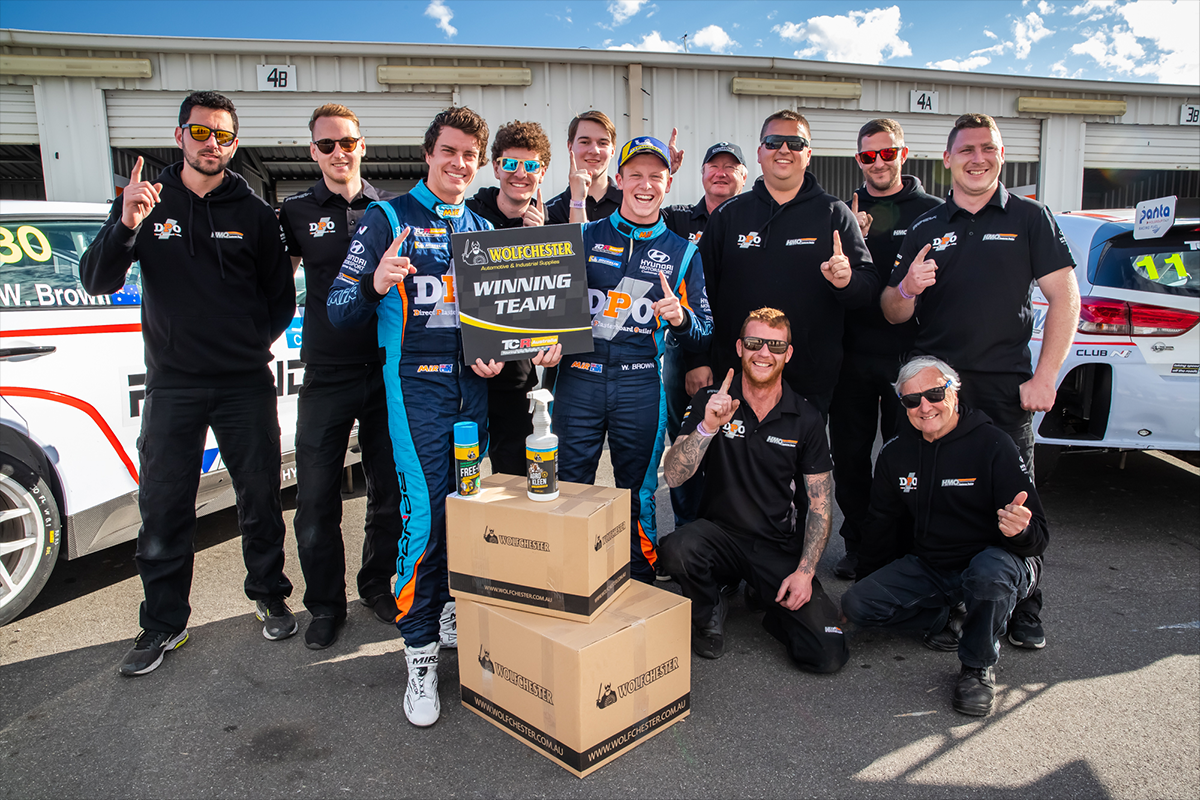 Brown secured his first TCR Australia pole at Winton after a dominant display inside the Hyundai i30 N TCR car.

The #30 car gapped the field by more than 0.5 seconds with ten minutes left in the session, choosing to remove the car from the tarmac from that point on to save tyres going into the races.

Morcom struggled to find a lap to challenge for the top, finishing in P8 for qualifying.

As the lights went out, Brown would lose his position off the start, as Heimgarter, Bright and Martin all passed him on on the opening lap.

Brown would quickly start to pick off the field as he moved into P2, turning his attention to the leader Martin.

The series leader would make a move on lap 5 for P1 but was forced wide at the last turn, forcing contact with Martin and steering off the road. The incident would allow Bright to pass and Brown left to recover in P3.

Martin would later puncture as a result of the incident, with Brown picking up a place and moving into P2.

Brown’s position would remain unchanged as he went onto claim his 9th podium of the series.

After a disappointing qualifying and starting in P8, Morcom got away quick off the line to land in P6 by the first turn.

His good fortune was cut short early after contact with D’Alberto caused the #11 car to drop back to Morcom’s starting position in P8.

After Martin punctured and Heimgartner was strung wide at a Turn 7 through the mid-part of the race, Morcom made amends to move back into P6.

Not satisfied with his position, Morcom would pass Cameron late to cross the line in the top five.

D’Alberto was handed a 5-second penalty after the race due to the contact with Morcom, meaning the #11 car would move up one spot into P4.

Brown held his starting position off the start line for Race 2 as Morcom impressed with another quick dash out of gates to move up one place into P3.

Brown’s pace was noticeable from the opening lap, latching onto the tail of the leader Bright ahead of him.

Brown’s pace proved too much for the Golf, progressing into the lead after a pass was made into Turn 3 on lap 2.

By the halfway mark of the race, the series leader had extended his margin by more than 5 seconds.

There was no stopping the young-gun as he cruised home to claim the chequered flag for his fifth victory of the season.

As for Morcom, the #11 car was travelling seamlessly in P3 before Cameron started to apply pressure from lap 8.

A podium place looked all but certain for Morcom as he continued to defend P3 for the majority of the second half of the race, but came undone from a mistake on the final lap as Cameron moved past him to clinch P3. 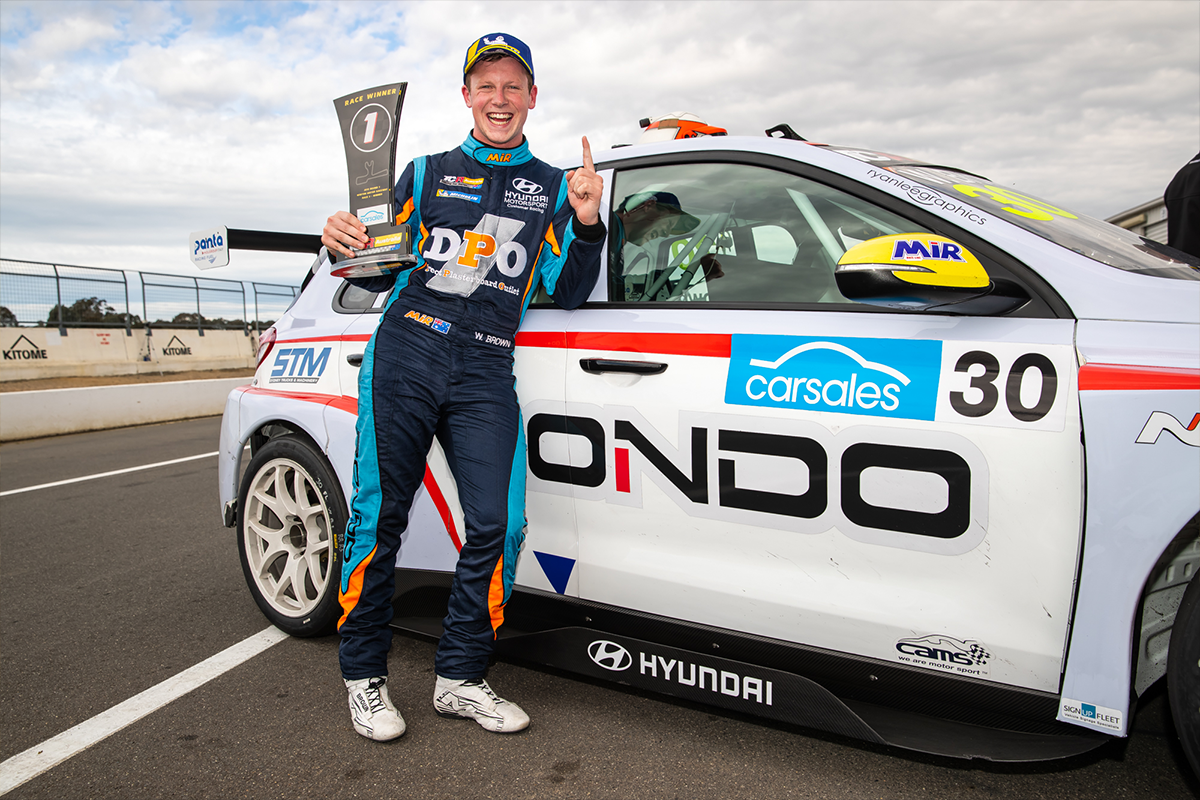 Brown proved he was out to make it the perfect Sunday double when he filed into Turn 1 in the lead.

Morcom was caught on the other side of a clean start, when Bright stalled his car on the grid, leaving the #11 car no room to move and dropped back to P6.

Morcom looked to recover from a poor getaway, moving past McAdam and D’Alberto into P4, but wouldn’t catch Ingall in P3, bringing home his third P4 finish of the weekend.

There was no stopping leader Brown however, the Race 2 winner didn’t look back as he crossed the line to claim back-to-back wins with a margin of 10.7 seconds to the nearest car.

Brown’s dominant weekend means he extends his championship lead on his nearest rival to 116 points as he pushes to claim the elusive first TCR Australia title.

Additionally, the HMO Customer Racing Team topped off the round by claiming the ‘Winning Team’ award, adding another achievement to the pile in a series-defining round.

"A near-perfect round, I can't thank the HMO Customer Team for their efforts! To finish the round with 2 race wins, a podium place and a pole position is unbelievable. It was also nice to extend the championship lead heading into the last two rounds, hopefully I can continue to show the pace our team had this weekend moving into Sandown." 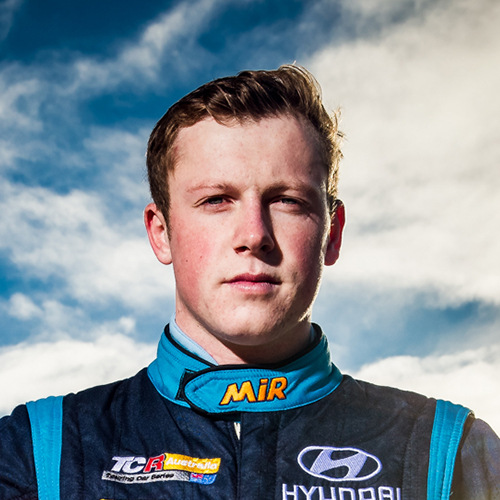 WILL BROWN
HMO CUSTOMER RACING DRIVER
"To take away three P4 finishes is a great result for the weekend.  There's still room to improve in my qualifying efforts,  it would be great to start from a higher position on the grid for the coming rounds. I'm happy where I'm currently sitting in the points, but I must continue to work with the team to keep improving on my results and get the most out of the car for the rest of the season." 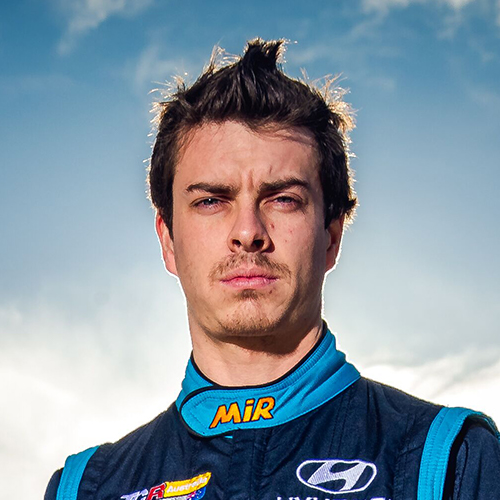 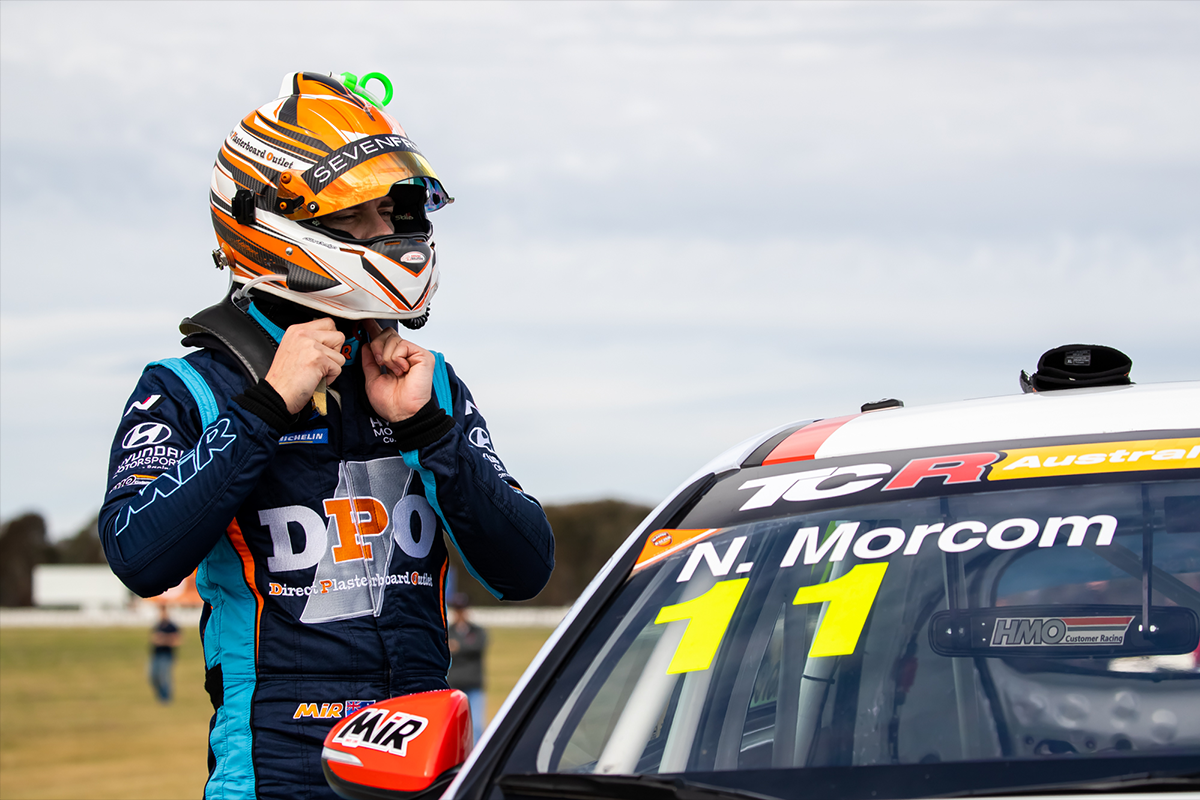 The HMO Customer Racing Team will now prepare for Round 6 of the TCR Australia Series, to be held on 20 – 22 September at Sandown with all races to be televised LIVE and FREE on SBS HD.