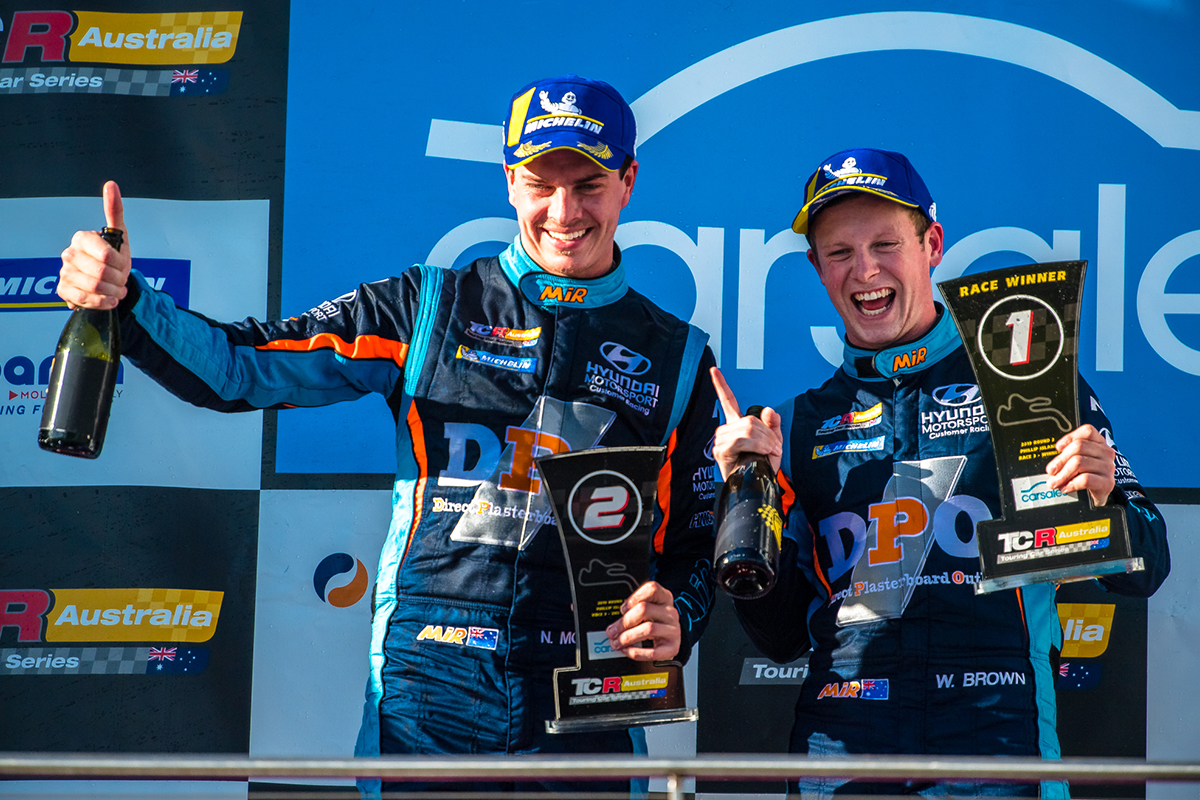 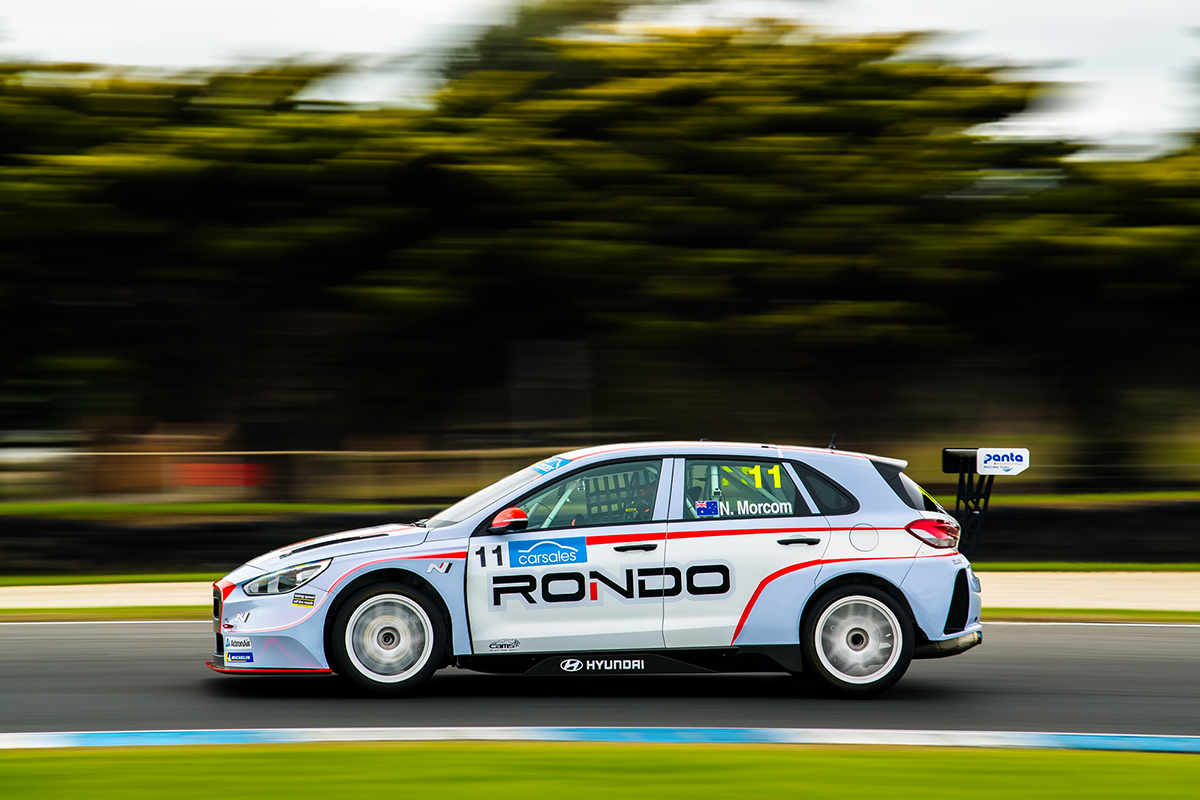 After struggling with straight-line speed throughout Practice 1 and 2, Brown and Morcom shrugged off the issue when new tyres were placed on their Cars for the 30-minute Qualifying period.

Brown set the pace early sending the #30 i30 N TCR Car into P2, with Morcom still finding his balance during the opening laps of the session.

Brown would eventually move into P1 but was overrun by O’Keeffe in the dying seconds of the session and finished in P2.

Morcom was set for a P4 time before running wide in Sector 3 on his last lap, with a P8 finish the best he could salvage. 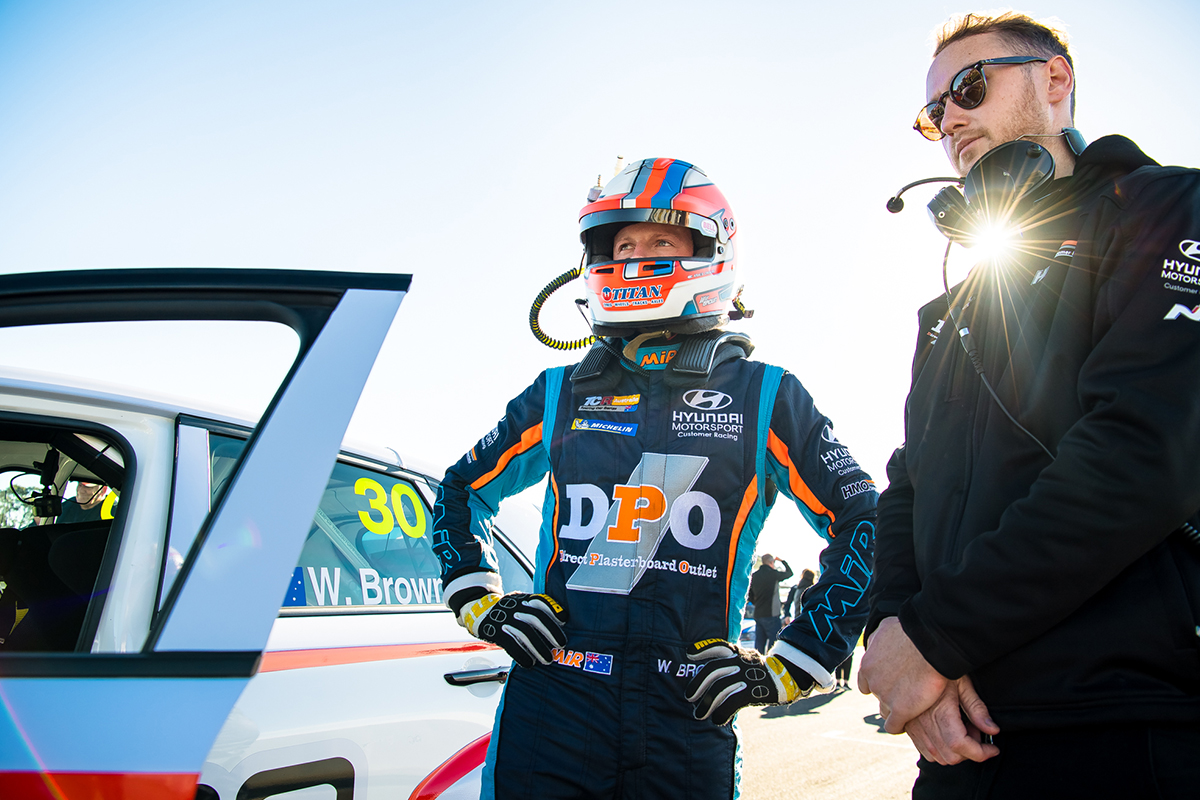 It was a troubling start for both Cars in Race 1. Brown ran wide into the gravel at Turn 2 in the opening lap, sending him to the back of the field as a result.

At the same run into Turn 2, Morcom was hit by a spinning Car which ended his day after breaking an upright in the #11 Car and brought the safety car onto the track.

After the restart, Brown managed to quickly move through the field as he looked to regain lost positions and climbed into P7 before another incident on track between Bright and Heimgartner.

The safety car was called out again with Brown lined up for podium contention as the field re-gathered under the yellow flag.

Brown made the most of the re-start as he powered to P3 by Lap 11 and was able to move past Moffat at the Hayshed on the final Lap but was unable to catch O’Keeffe.

Despite not reaching the chequered flag first, Brown set the new Race Lap record with a 1:37.0827 around the Phillip Island Grand Prix Circuit 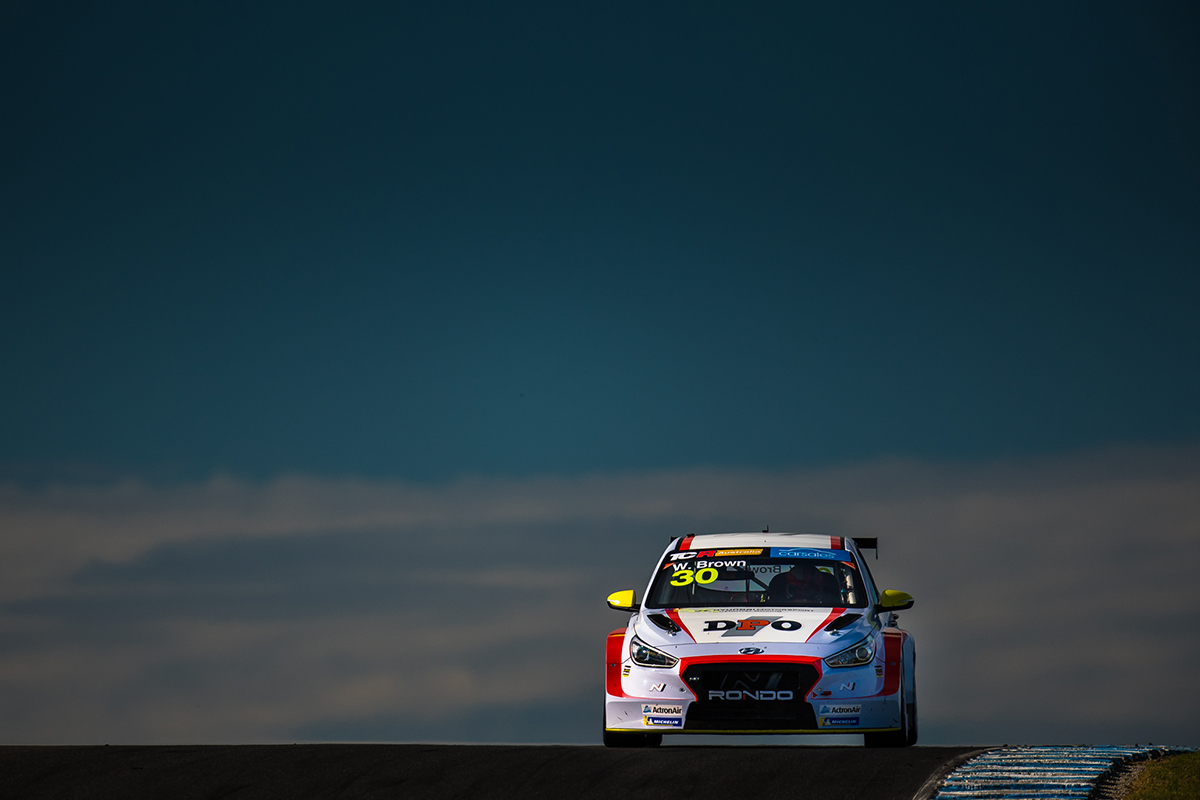 It was a clean start for the two HMO Customer Racing Cars in Race 2, with both drivers staying clear of the carnage into Turn 1 in the opening Lap.

Brown held his position off the start in P2, trying to match the pace of O’Keeffe in front while Morcom bolstered through the field, moving up 10 spots after the incident on Lap 1.

Brown moved into the lead for an instant after passing O’Keeffe into Turn 1 on Lap 2 but returned to his starting position after locking the brakes at Turn 4 during the same lap.

After not finishing Race 1, Morcom had fresh tyres at his disposal as he continued to motor past the competition out on the track, passing D’Alberto, Martin, and Pither on his way to a P4 finish.

Brown tried to chase down O’Keeffe for the lead, but the Alfa Romeo was too far gone leaving Brown to claim another P2 finish.

A 30-minute turn around between Race 2 and 3 had the team confident they could grab a victory after the pace shown by both Cars in Race 2.

Brown and Morcom both escaped a chaotic opening lap in Race 3, with the pair leading the Race after a massive crash at Turn 1.

After a lengthy safety car in clearing the chaos, the Race resumed on Lap 7 with Brown bolting on the restart with teammate Morcom behind in P2.

The pair quickly started to distance themselves from the field as they looked to wrap up a one-two finish for the team.

Morcom tightened the gap towards the closing stages of the Race but it was Brown who would have the last say as he crossed the line to win Race 3 with Morcom in P2.

Brown proved his class again by not missing a top-three finish over the weekend to hold onto his Series lead moving into Round 3. 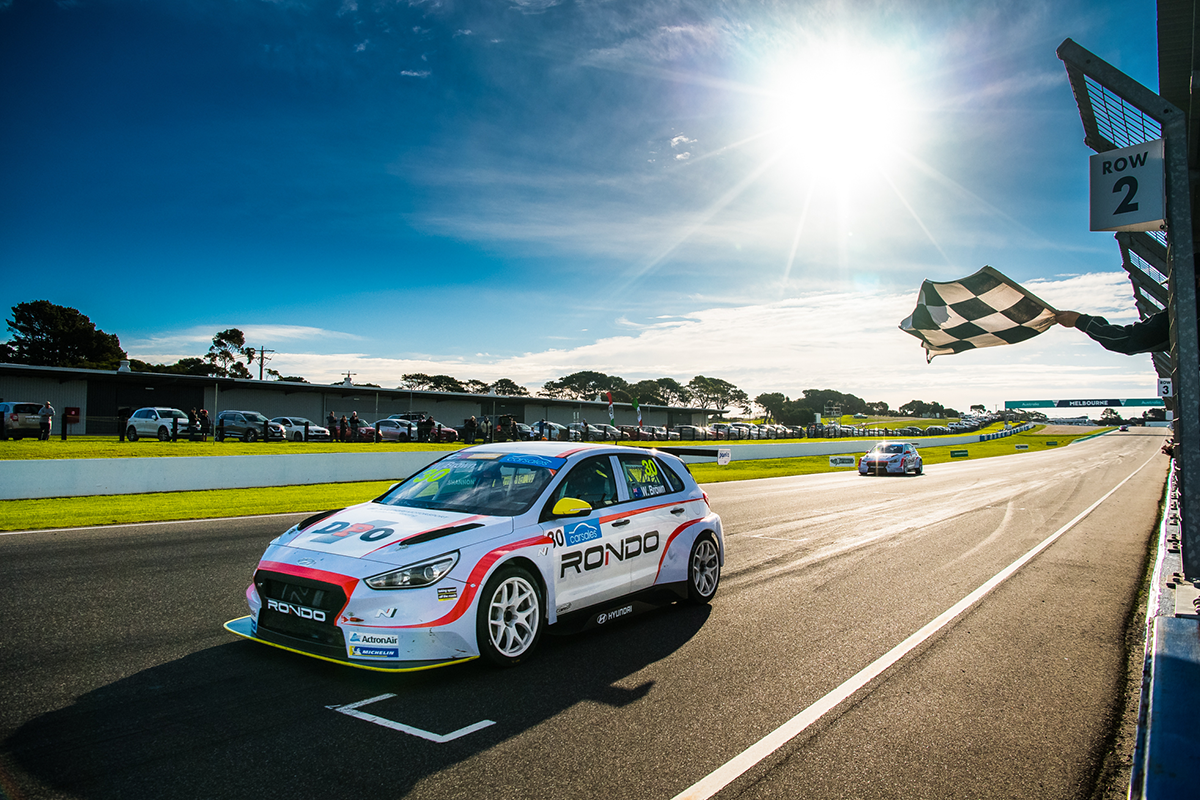 "A great weekend for the Team in which we thought would be a tough one. We struggled with straight-line speed a lot in Practice but thanks to our guys we were able to make the right changes to suit new tyres coming onto the Car for Qualifying and the Races. To get another Round win and put HMO Customer Racing at the top of the leaderboard is a great feeling heading into The Bend." 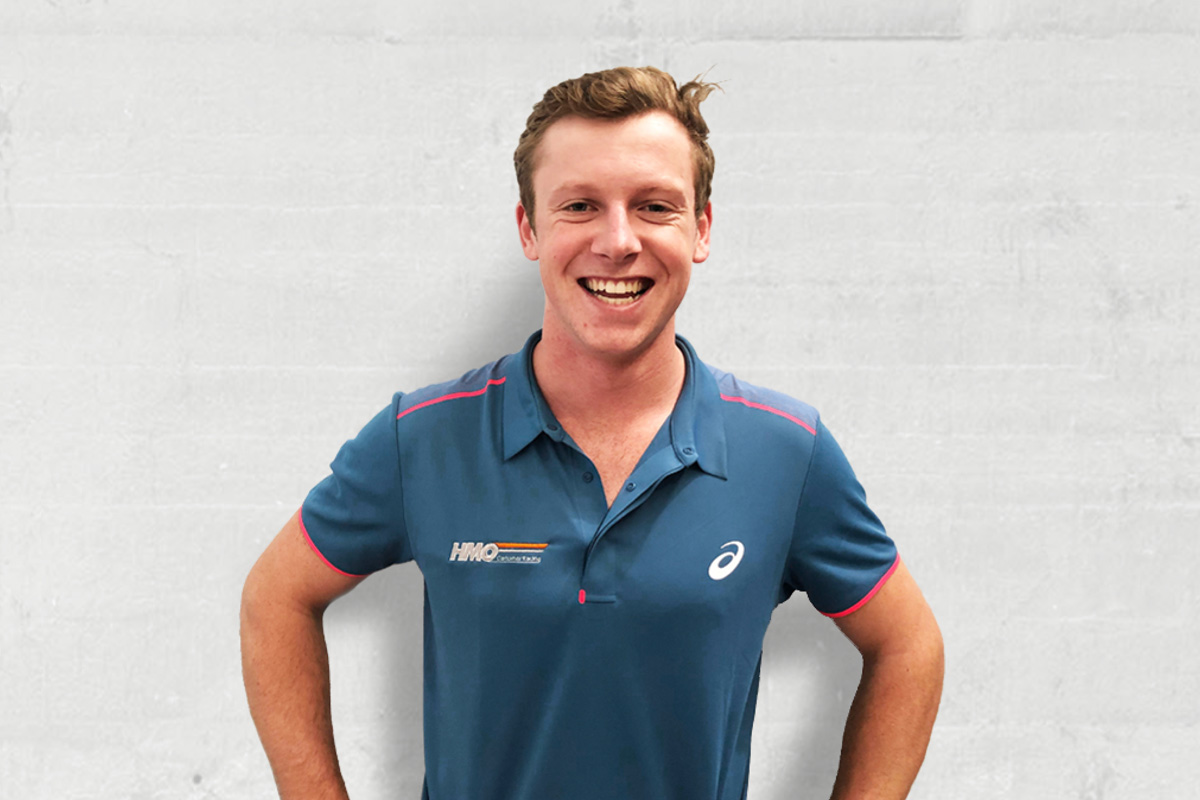 WILL BROWN
HMO CUSTOMER RACING DRIVER
"Super weekend at Phillip Island. Such a surreal feeling to finally get on the podium for the TCR Australia Series. A bit of a downer after not finishing Race 1 but it’s a credit to the team for straightening up the Car and giving me the opportunity to push towards the front for Race 2 and 3. I'm definitely starting to find my feet in this Series and I'm looking forward to building on this weekend moving into Round 3." 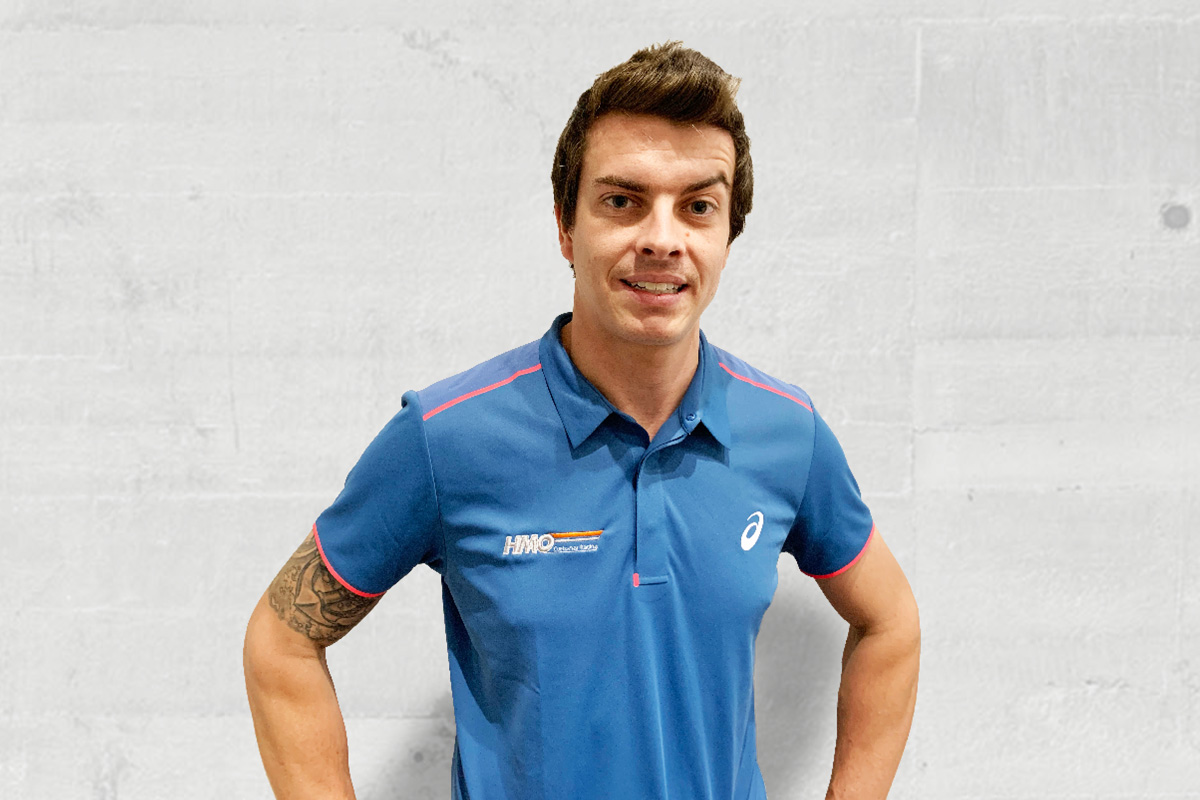 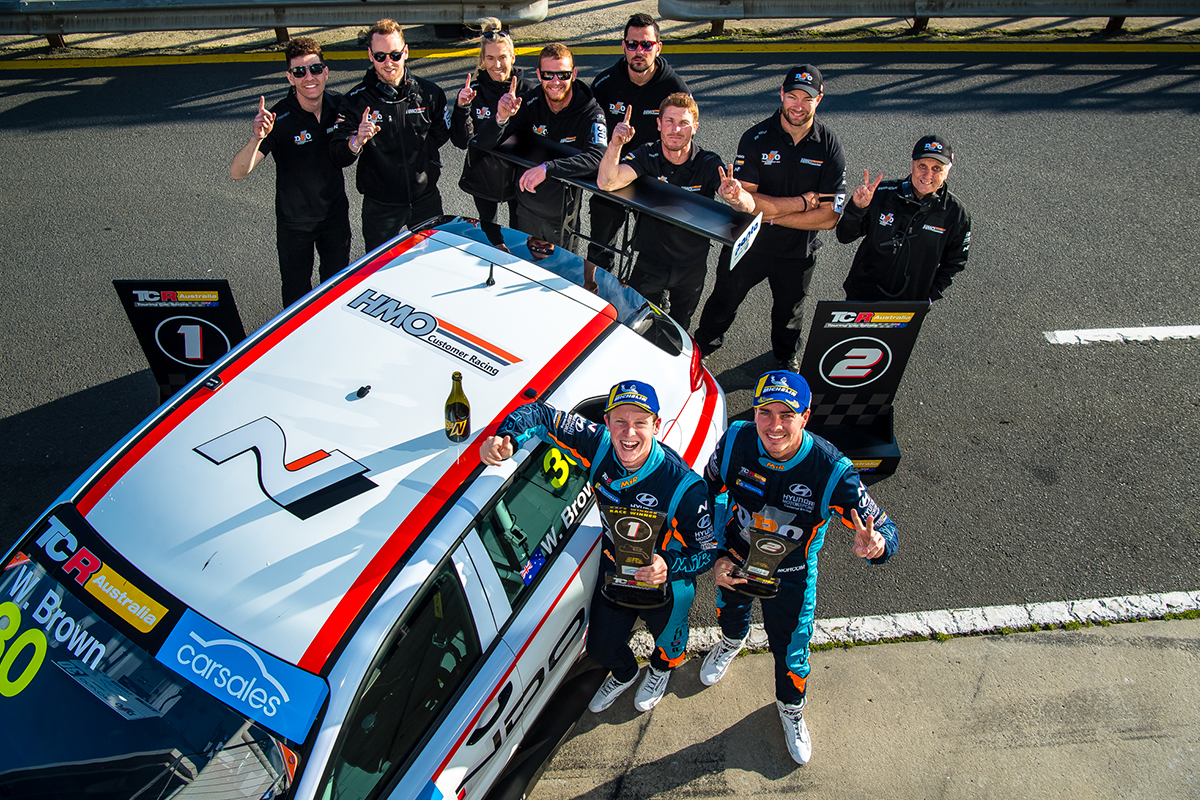 The HMO Customer Racing Team will now prepare for Round 3 of the TCR Australia Series, to be held on 12 – 14 July at The Bend Motorsport Park with all races to be televised LIVE and FREE on SBS HD.